Movement is our nature, Nature is our movement

Our true nature is to be strong, healthy, happy and free.  This group is focused upon natural physical movement and exploring our true nature through increasing our physical potential.

Masterful Natural Movements in the World

Erwan Le Corre is the founder of MovNat® , which is a synthesis of his long-term passion with natural movement, his extensive knowledge of Methode Naturelle® and his philosophy of life.

Respecting the laws of Nature 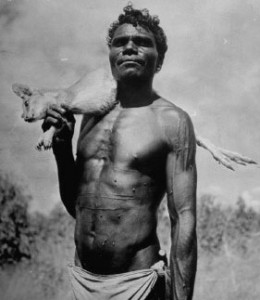 The most common deficiency in zoo humans is a total lack of understanding of their true nature and in most cases a chronic betrayal of it.

In our modern era most people now live in cities, spending most of their time indoors, being deprived of natural light, breathing air which is as polluted indoors as outdoors, eating huge quantities of unhealthy industrial food products and undergoing numerous sensory and psychological stresses while often lacking sleep.

The MovNat philosophy reminds us that like in any other animal, human biology is built upon natural laws that we cannot afford to overlook if we desire true and lasting health.

Among these laws, the necessity of regular movement activity remains a determining influence in our biological balance and therefore on our well-being and health.

In nature, any animal unable to move is condemned. As civilization leads us to increasing physical apathy, it is crucial to underline that constant physical idleness leads inevitably to loss of physical function and innumerable health problems.

If it goes without saying that there can be no real and lasting health and vitality without fulfilling the natural necessity of movement, same goes for other biological aspects of our lives, including nutrition, sleep and breathing, exposure to natural light and contact with nature.

MovNat educates on the fundamental laws of Nature and provides alternatives and solutions to apply in daily life, making it a powerfully life-affirming activity and philosophy.

Our natural perspective helps you realize that an increased respect of your biological needs and connectedness to the natural world will make you stronger and healthier than ever.

“Movement is our nature, Nature is our movement.”

MovNat is an environmental-oriented concept that provides a simple and accessible alternative to anyone interested in a physical activity that has minimal impact on nature. 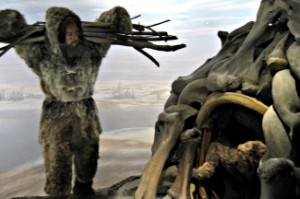 Over the course of several million years, evolution has deeply shaped human physiology and biomechanics with a direct and profound implication for how we are able to move as a species. Our movement capacities as well as many subconscious behavioral patterns are inherited from this collective process of adaptation and natural selection.

Originally, long before the rise of highly specialized sports, we were movement generalists. The natural life our ancestors lived was one of varied movements and efforts, near-constant alertness and adaptive responsiveness to frequent and often unpredictable changes. These very diverse movement skills modern human beings have universally inherited played a major role in ensuring the survival of our species, allowing us to seize opportunities and escape threats. They used to be fundamental attributes of hunter-gatherers.

Still our bodies and minds are designed for the world of hundreds of thousands of years ago and both expect us to live like our ancestors!

They are structurally adapted to a wide range of movements and efforts, ranging from brief in duration but extreme in exertion to low intensity and prolonged.

MovNat is primarily based on rediscovering and optimizing instinctual movement patterns. It is in the first place about re-wiring the entire system of the human body back to its original mode and function. It focuses on unleashing the wild movement potential in us and on reviving skills that have been proving to be the most efficient and vital ones for millions of years.

The evolutionary philosophy of MovNat makes us understand how important it is to trust this universal and primal heritage. 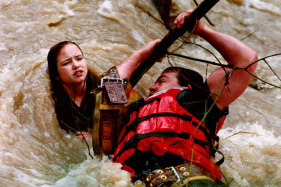 How well do I want to perform in real-world situations that involve movement and action? This simple question might profoundly transform your perspective of what it means to be “in shape”.

So why run? Why jump? Why climb? Why lift? Why…walk?

Because we believe that even a highly civilized world holds a multitude of situations where our evolutionary capacities remain indispensable.

Not only they are still useful in a potentially vital manner, but any specialized approach would inevitably lead to failure.

MovNat training emphasizes the body’s natural ability to move in an adaptive manner, i.e. in relation to a situation or context. Consequently, the movements trained can always be linked to a practical application that justifies them.

The situational philosophy of MovNat training is designed to expand your comfort zone in performing daily-life tasks as well as building your preparedness and situational intelligence in dealing with more challenging circumstances that could arise unexpectedly. It is an orientation that is simple, direct, practical and unspecialized.

MovNat trains you to become a well-rounded natural athlete, ready for a wide range of practical actions in various kinds of situations.

My dear friends!January is a good time to make up your plans for the year. ) We invite you to Vedic Russia Ethno & Eco spiritual Tour/Retreat. Come and see the wonders of Vedic Russia, mysterious…Continue

Excerpt: http://dancingfreedom.com/the-practice/We arrive together in a circle and set a group intention, like “receiving” or “loving your…Continue

"There comes . . . a longing never to travel again except on foot." — Wendell Berry (…Continue

You need to be a member of Movement is our nature, Nature is our movement to add comments!

My dear friends!
January is a good time to make up your plans for the year. )
We invite you to Vedic Russia Ethno & Eco spiritual Tour/Retreat. Come and see the wonders of Vedic Russia, mysterious dolmens and unique Tekos school, join Vedic Russia festivals and gatherings and explore eco life-style of Russian off-the-grid family homesteads (Kin's domains) that have rightly been called the national idea of Russia !
A bargain: Book your space (pay a deposit) till the end of January and get 10% discount of the Tour cost!
For details and to submit a request for a tour please check this page: http://ecominded.net/ethno-tour/vedic-russia-ethno-eco-tour.html
And please feel free to suggest the month and the dates of your Tour most suitable for YOU - we are ready to discuss it. Come and join us on Dolmen Pilgrimage in the year 2014! Visit the Keepers for guidance and inspiration - April, May or September are on your choice!  For details and tour itinerary please visit  http://www.spaceoflove.com/dolm_tour.htm
More dolmen pictures and feedback from the recent tour here: http://dolmentour.blogspot.ru/

Please note, the number of spaces is limited as we accept no more than 9-10 participants in each group - small groups are always better because everyone gets our personal attention. So please book your space earlier :)

Please feel free to ask me any questions.

I Believe I can Fly ( flight of the frenchies ). Free segment from sebastien montaz-rosset on Vimeo.

LIVING ON THE EDGE OF HUMAN POTENTIAL...    don't sweat the small stuff, look what these guys are doing..

Comment by Alexander Del Sol on October 6, 2011 at 6:28am
Gee, is THIS (MovNat) what I've been doing since I moved to the tropics?  With the exception of the lack of footwear on land, a lot of what this guy does in the video looks reeeeaaly familiar to country living in Costa Rica!  Nice to see other people agreeing with the fact that being spiritual and nonviolent does NOT mean you have to be a wimp on the physical level of existence.  We might as well enjoy our bodies while we have them, right?

Thanks to Miranda for linking me to MOVNAT.. - awesome..   everyone has a little piece of the puzzle..   xxxx